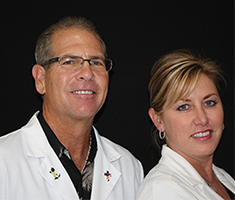 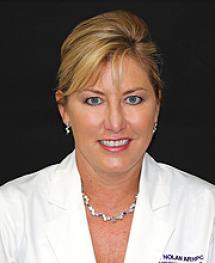 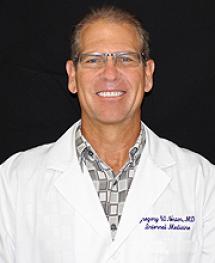 “Our turnaround time on our claims is the best part. We generally get paid within seven days. WRS has been 100% of a help. As far as the billing goes, processing the claims has been the easiest thing.”

You leave a large clinic and open your own primary care practice, the culmination of hard work, dedication and passion to care for patients.  Your office is in a good location. You hire an outside billing company. Then, some time down the road you find out that your billing company is not doing a stellar job of collecting the amount that you’re owed.  How are you going to react? Do you search for a new billing company? Or are you going to look for an EMR with gee-whiz technology that will give you more bang for the buck?

Out with the Old, in with the New

Back in 1999, Dr. Nestor and Chantel Jackson, practice manager learned that their billing company wasn’t pulling its weight. “Before we bought WRS we had a billing company that was doing our billing. Through hard lessons, we learned they were not collecting even 50% of what we were sending over.  We wanted to bring the billing back into our office and do billing here. When we decided to do that we heard the rumor that EMR was one of the ways the government was eventually going to force doctors to go into, so we decided to go ahead and look at that option while we were purchasing a system,” said Jackson in her testimonial.

Charged with the task of screening Family Practice EMRs for Dr. Nestor, Jackson began her search online. She whittled the list down and presented several systems to Dr. Nestor that she felt would really help the practice. The companies were invited to make their demonstrations. “We were looking for accuracy with the billing, ease of using Dragon dictation with the EMR system and a way to send follow up appointments,” recalled Jackson.

There were eight finalists vying to become their Family Practice EMR.

“WRS came to our office. The system was good. The owner of the company, the vice president and a sales person brought the system here. They showed it to us and let us play with it to see if it was something that was easy to use. They were more than willing to answer any questions. It was also very affordable,” said Jackson in her testimonial.

Fast forward to 2012.  Dr. Nestor and Jackson’s hunch that WRS would solve their billing woes has certainly paid off. “With the WRS program, we are able to go in at any time and find out exactly what is still out there– what is pending. Our turnaround time on our claims is the best part. We generally get paid within seven days. WRS has been 100% of a help. As far as the billing goes, processing the claims has been the easiest thing. It pulls out your error and acknowledges it to you before it even gets to the point of the clearinghouse. It scrubs the claim prior to sending it out, which is a big help. It’s a really huge feature. For instance, if we accidentally put in a double diagnosis on line 2 and line 1 or if we put a diagnosis that doesn’t cover a certain procedure, the system won’t let us go any further until we correct it,” Jackson said.

When queried how often billing mistakes occur, Jackson said, “They don’t any more. We learned our lesson. Compared to the billing we had before, WRS generally saves us two to three hours a day.”

Dr. Nestor also runs a weight loss program through the Center for Medical Weight Loss and he sees about 90 weight loss patients a week. Patients can use WRS to order the food replacement meals that the practice sells.  “Our patients are able to go into the patient portal and fill out forms that we have placed inside WRS so that they can order their own medications and their own food replacements. They can also go in and fill out their new patient information forms ahead of time,” Jackson asserted.  In addition to being able to fill out patient information sheets online, the practice has also set up access to web sites where patients can get more information and education regarding weight loss.

Hang up the Phone

One of the biggest time saving features that the practice is taking advantage of is the WRS EMR messaging capability. “The best thing is that patients can go in the system and we can actually communicate with them. We send messages back and forth, bypassing the phone system. They request their refills and ask questions that are usually for a medical assistant to answer. They can also request appointments. We have the system set to what is available. They go in and get three choices of days or times,” explained Jackson in her testimonial.

Having a cloud-based Family Practice EMR provides Dr. Nestor and his staff with the ability to work when they aren’t in the office. It also ensures continuity of patient care. “It’s awesome. It’s a great thing because at times I can take things home and work during weekends. If my son is sick and I have to be at home, I can go to my home office and work and even communicate with the staff through the WRS system. If the doctors are on call for the weekend, they can go on to their laptop and access a lot of the chart information from there versus having to come by the office. It’s much easier for them to be able to just look that information up. Accessibility is definitely a big feature of WRS.”

The WRS dictation capability is also helping Dr. Nestor’s practice run more efficiently and it is a feature that enhances patient care. “We have it set up so that when the patient comes in, the Medical Assistants come in and enter all of the patient’s vital signs. And then when they go in to dictate, all of that (information) gets incorporated into the dictation. They do not have to physically dictate the vital signs. Any type of family, social history entered into the EMR, comes in and pulls over directly on to the dictation. It saves them a lot of work.  It frees the doctor up for interaction. It’s able to lessen the time the doctor is dictating, so he’s able to spend more time with each patient versus having to spend most of his time in his office dictating. Dr. Nestor and our NP have gone in and created internal medicine templates so that now every time they do whatever they particularly like to have on it, it actually appears on the dictation. This includes the patient’s current medications, social history, family history, and any past surgeries,” stated Jackson in her testimonial.

Commenting on the highly reputable certifications that WRS has amassed, Jackson said, “It’s very important to know that WRS is working to better itself, to expand the company, and that they are going to follow the guidelines that are recommended by HIPAA and our Medicare program.”

When it came to learning WRS, an onsite trainer spent a few days educating the staff. “It’s a fairly easy system to learn. We have six employees. They all use WRS. Everybody finds it pretty easy to use. We haven’t had any issues with that.”

With his practice running effectively and efficiently, Jackson acknowledged in her testimonial that Dr. Nestor is occasionally able to leave work a bit earlier. What sport does he pursue? If you guessed golf, you’re right. So is Dr. Nestor using this free time to improve his swing? “No, he’ll tell you he’s been good all along,” replied Jackson jokingly.