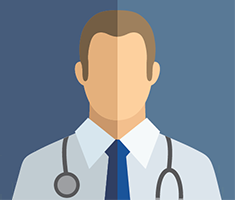 “WRS has everything combined. Some of the other EMRs we looked at were separated out into two different systems, one for EMR and one for billing. We liked that WRS was an all-in-one system. WRS made it pretty simple to begin with.”

You could call him the ultimate multi-tasker. He’s an interventional radiologist. He’s also the president of Kuraoka Clinic, a three-year-old Internal Medicine and Family Practice, which serves mainly Japanese speaking patients. The clinic, which is headed by his wife, Dr. Maki Rheaume, recently expanded from Atlanta, GA to Columbus, OH. Dr. Maki Rheaume sees about 70 patients every week. She specializes in providing physicals for company executives and their families as well as administering immunizations to children.

Dr. Mark Rheaume is charged with running the business side of the practice. How does he successfully perform the billing functions for the practice while juggling all of his monumental responsibilities with ease? Enter WRS.

When Drs. Mark and Maki Rheaume began looking for an Internal Medicine EMR for Kuraoka Clinic, there were two must haves on their EMR wish list. They wanted a web-based system that offered accessibility from anywhere at anytime and they were seeking an EMR with integrated billing capabilities.

In addition to WRS, the pair evaluated several other EMR systems, including Practice Fusion and eClinicalWorks. According to Dr. Maki Rheaume, eClinicalWorks was too complicated and it involved too many (mouse)clicks.

The Rheaume’s were impressed that WRS was a fully integrated cloud EMR. “WRS has everything combined. Some of the other EMRs we looked at were separated out into two different systems, one for EMR and one for billing. We liked that WRS Internal Medicine EMR was an all-in-one system. WRS made it pretty simple to begin with,” Dr. Mark Rheaume said in his review.

Dr. Maki Rheaume echoed her husband’s sentiments concerning the need to do billing with one fully integrated system as well as to have a system that provides accessibility. “I can have access to a patient’s chart wherever I am, including when I’m vacationing in Japan, at home, or away from the practice. Accessibility was my chief concern in choosing an EMR and the main reason that I chose WRS was because it was web-based. I also liked that the billing and charts are integrated,” she said.

When it came to mastering how to bill accurately with WRS so that you get paid for your services, Dr. Mark Rheaume gave thumbs up to WRS for offering online instructional videos. “WRS offers a lot of online videos, which is great because I’m too busy to attend courses. I was able to look at the videos whenever I wanted to. I liked that aspect of it,” he stated.

Billing Has Many Perks

One of the many benefits of the WRS Billing Module is that it is helping Kuraoka Clinic to enjoy a low claim rejection rate. “The system gives you little warnings about certain issues that may have come up during note creation and fills in the blanks for the CPT codes for you. That makes it easier for you as far as decreasing the claim rejection rate. If there are any rejected claims, resending claims is super easy to do. WRS works very well. It is easy to use and it is pretty quick. WRS pulls everything in and we just send it off and it goes to the clearinghouse and we’re done,” said Dr. Mark Rheaume.

Pointing out in his review that he recently transferred his day to day billing responsibilities to the practice’s Office Manager, Dr. Rheaume said, “My Office Manager was able to take over from me without having any real billing experience. She was trained by me and I think that with a lot of other systems it wouldn’t have been so easy to do.”

When queried to explain how WRS works to enhance the practice’s revenue cycle management, Dr. Rheaume said, “WRS will automatically populate the CMS 1500 form based on what you did in your note and what orders you put in; so you don’t have to go and fill that in, which is the reason why the Office Manager is able to do it. It’s not like you have to read the note and try to figure out what you need to put in there. It will fill in the note for you.”

Dr. Rheaume continued, “Sometimes you will have to fill in a diagnosis code so I ask my wife which diagnosis code to use, but most of those codes are in there, so it’s pretty easy. It’s more of a data entry type of job. It’s not a real true billing job because WRS does most of the billing for you, which is very good.”

Pointing out that the WRS Team is responsive, Dr. Rheaume said, “We have little problems here and there, but they are miniscule compared to what other people have dealt with, with other EMR systems.”

How Am I Doing?

Staying apprised of your company’s financial status is paramount to success, especially if you are expanding your practice. Dr. Mark Rheaume credited WRS with providing reports that enable him to keep abreast of the practice’s financial shape at the two locations. “I really like WRS report generation. The reports are really good. If there’s any information I need about how our company is doing compared to prior years, I can get it almost instantaneously. It’s a very wonderful thing to see how you are doing money wise compared to other years. That’s incredibly important. In addition, you can pull the report up pretty easily.”

Emphasizing in his review that it is also crucial to keep track of payments, he added, “You can tell who has paid and who hasn’t paid and try to figure out what’s going on. Our A/R is pretty good. We’re doing much better at this point. The collection reports show the amount of money collected, from whom and if it’s been applied yet. The claims filed reports show what claims are still pending and why they’re still pending. Are they pending because a patient hasn’t paid, the insurance hasn’t paid or because they haven’t been filed yet? You can keep track of where you are.”

Finally, when asked if WRS has met the Rheaume’s expectations, Dr. Rheaume’s answer to the question revealed that he is considerate of his physician wife’s wishes, “Yes, and my wife is very pleased with WRS,” he concluded with a smile.