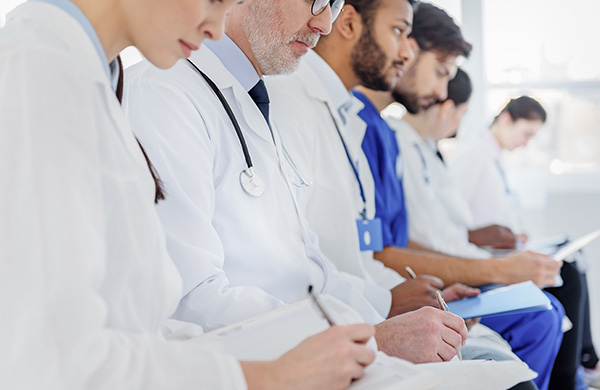 To be clear, an independent physician in this study is defined as someone with majority ownership of their practice who has key decision-making rights. The rising number of total physicians indicates a trend towards doctors becoming hospital or medical group employees.

Upon reading these statistics we got to wondering: What’s causing this trend? Are doctors getting scared off by the challenges of owning their own practice? Are the pressures facing them too great?

It seems that the deciding factor is largely an economic one, as is common for all businesses. If you are having difficulty turning a profit, or if other businesses that could use your skill set seem more profitable, there’s going to be incentive to switch paths.

The private practice world can be uncertain and payment can be variable. Traditional payment models rely heavily on the number of patients served, which can fluctuate from month to month, year to year. Independent physicians most commonly cite reimbursement as their biggest concern with remaining in an independent practice [1]. There’s also more paperwork than ever for doctors and staff these days, and if you’re an independent physician trying to both manage a business and manage patients, the hours your job demands can be extreme. This can reduce your functional hourly rate.

Physicians joining hospital or medical groups, on the other hand, often experience relative financial stability. A well-managed group of hundreds of doctors can service a much larger pool of patients and has the padding to pay its employees regularly. This assured income appears to be especially enticing to young doctors. According to a 2015 Merrit Hawkins Survey, 70% of newly trained physicians expressed a preference for an employed setting in their first practice situation [2]. It struck us that this may be related to the increased cost of living and rising cost of education in the US which burdens many young professionals with debt. A guaranteed income is more comforting for someone with large monthly payments to make. Certainly, though, this data indicates that the trend of decreasing independent physicians is not likely to change in the coming years.

Check out our next blog for some helpful advice for independent physicians, and read our complete downloadable guide for more information

[1] “The (Independent) Doctor Will NOT See You Now.” Accenture.
[2] “2016 Survey of America’s Physicians - Practice Patterns and ” Merrit Hawkins, on behalf of The Physicians Foundation. 2016.
Share this...