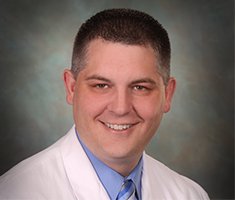 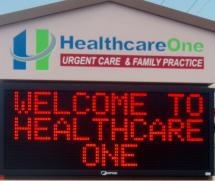 BACK TO CLIENT TESTIMONIALS

“WRS customer service is awesome. From implementation to the response we get, they have been absolutely awesome.”

In discussing the good, bad, and ugly aspects of Electronic Medical Record systems, Duke and Poarch revealed they have stopped doing business with Health Fusion. The reason for switching EHRs: bad customer service and ugly problems they experienced with the company’s e-prescribing capability. In January 2012, they found an EMR worthy of stepping into Eastwood’s (good) boots.

Fat’s in the Fire – Switching EHRs

“We had trouble with Health Fusion’s customer service. When we had questions or issues, it would take a while—as long as a week to ten days—for them to get back to us. We had trouble with the e-prescriptions and we really needed the problem corrected immediately or at least have someone to talk to and understand what our issue was and how important it was. With the previous Electronic Medical Record, our scripts weren’t going through. The pharmacies were not receiving them. In the winter during cold and flu season we were seeing 45 to 60 patients a day. The providers can’t stop and hand write every one of those scripts. It just takes too much time,” said Poarch.

Pointing out in her testimonial that Brad Redden, a nurse practitioner, and owner of Healthcare One, had used WRS when he worked at a practice in Jones, Oklahoma, Poarch said, “Brad liked WRS. With WRS all-in-one software everything transported over to where you do not have to enter in on the front desk side, and then enter in on the nursing side, and then have him enter in separately. The information flowed across as soon as it was first entered. Brad liked how you enter the information and he was impressed with WRS flow. He can enter his notes while the nurses indicate the patient’s history. It was a good flow that wasn’t there with the first system.”

Your Rx is Ready

Poarch explained that Healthcare One is situated in a small community that is also near a metropolitan area. E-prescribing capability is convenient for patients in both locations. “Sending a prescription anywhere is very easy. Because we are close to the metro area, people can easily and conveniently send the prescription to that area. If we have to fax the Rx, WRS automatically has the pharmacies’ fax numbers. The local and metro pharmacies are in the WRS system. This capability enhances patients’ satisfaction. They don’t have to bring a paper prescription to the pharmacy and stand and wait for up to 45 minutes. Many times, by the time they are at the pharmacy or right after they arrive there, their prescription is done. It’s convenient for everyone,” said Poarch.

The Check is Really in the Mail

In her testimonial, Duke explained that Healthcare One has an external billing service that uses the WRS billing module. “She was already familiar with the whole system with the practice in Jones. She does their billing also. Brad is not only involved in the clinical side, he is also involved in billing. He is pleased with WRS billing because each Friday the bills drop and the system we previously used didn’t have that capability. It took longer because we had to do everything manually. WRS automatically bills and falls into a queue once they sign off on it. On Thursday night Brad can take a look at what is going to be billed on Friday and he loves that feature. Since most of our payments are electronic, he can anticipate the monies that he is going to collect,” asserted Duke.

The affordability of an EMR is one of the issues that nurse practitioners take very seriously, especially since they do not have the same earning potential as a physician. “Affordability was definitely a great selling feature and all that comes with the WRS package. Waiting Room Solutions doesn’t nickel and dime you to get the faxing interface. All of the components came as a whole. We got a discount and that was important. It definitely was a great selling feature,” said Poarch.

You Have an Appointment

Waiting Room Solutions automatic appointment reminder capability is helping Healthcare One’s workflow and efficiency, particularly when it comes to ‘no shows’, according to Poarch. “Because patients may make the appointment six weeks out and then forget, they get that notification the day before and it’s not taking man hours out of our staff. It’s done automatically and that’s a tremendous help. It helps the customer and it helps us. We love the reminders feature. It doesn’t take man hours for someone to sit here and call them and remind them. It’s automatically done by sending an e-mail or a voice mail. You can confirm or cancel your appointment by e-mail.”

Duke chimed in, “I like the idea that we can confirm that patients were contacted at a certain time on a certain day and if they accepted the appointment or not. Within the patient’s appointment time, even if they didn’t answer, the system informs us how many times we contacted them. I saw one instance where they tried contacting the patient five times. I think that’s pretty neat. If an employee within a facility tries to place those calls five times, that takes a lot of man hours.”

Duke added, “We have patients who come in and see that the waiting room is full and they will walk out and get to their car and call us back and say, ‘I need to schedule an appointment within the next hour. We used to do that. Now we don’t. Now they can only get it within three hours.”

According to Duke, Redden was seeking a Family Practice Electronic Medical Record company that would provide exceptional customer service. “That was one of the reasons we went with the other system. They really sold themselves on the Internet as well as when he called to talk about it and they were going to give us all this support and they would be right there for us. We never received that. Once we signed that contract and we went live with their system we struggled for six months with Health Fusion. After the first year we started looking at other systems and WRS has been awesome from the time we contacted them to the time we implemented the system to  their customer service. They respond back to us immediately. We had some issues just a couple of weeks ago and you open a ticket and you know that within an hour somebody is going to be calling you and that ticket is going to be taken care of. The nice thing is in each aspect of WRS, there is somebody that is specialized such as front desk, the nursing side of it, and the provider side of it. They actually have an NP who had a business that uses this system so they know everything about it. We had an RN train us who did nothing but help our clinical people because she used it in a practice that she worked in. WRS has specialists in each field. That has helped us tremendously. If a provider comes to me and says, ‘I’m having this issue’ I may not really understand it, but I know I can get a hold of WRS and they are going to get us an answer back immediately. Oh, was this ever lacking in the other system. We really didn’t have a contact person. And with the one we had, you may not hear back in at least a week to ten days. When providers have an issue with the system they can’t wait a week to ten days.” said Duke.

The ease with which the practice is sending referrals is yet another advantage that WRS has over Healthcare One’s previous system. “We also like it when we make referrals for our patients to specialists. It’s a matter of clicking a box and hitting a fax number. That didn’t happen with the other system,” said Duke.

Finally, Poarch couldn’t say enough in her testimonial about how pleased Healthcare One is that the clinic’s workflow is now running smoothly and seamlessly. “The way we are using this system, they don’t have to fill out the medical history at the front desk and then have the nurse go back over it and then have to enter it again, which takes much longer. Now the flow is much easier and much more efficient. It helps get the patients through more quickly. It’s all in one place. You search it in one place. With our other system we had to go into two different sites–one for the EMR and one for the demographics. This is all one system. You don’t have to go into a whole different place. You just hover over the name and everything you are ever going to need for that patient is right there.”