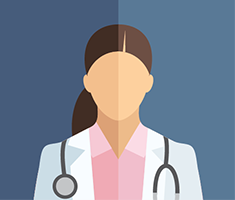 “The best thing about WRS is that the program is web based and  easy for the doctors. If they are home and they forget something and want to write it, they can go ahead and do that.”

Pumpkins. Spiders crawling on webs. A mean witch. Be careful, a skeleton’s hand may grab your wrist when you reach into the candy bowl! No, it’s not a spooky Halloween party. It’s the waiting room of Mendoza Medical Clinic, a Kenner, Louisiana based pediatric practice.

Minny Lavelle, practice administrator pulls out all the stops to ensure that the practice’s Trick or Treaters have a fun Halloween. She has also created a fairy tale environment in the exam rooms to delight kids year round. Characters from Toy Story, Tinker Bell, princesses and little dinosaurs are emblazoned on the wallpaper borders.

Bending over backwards to please pediatric patients and, of course, their parents, is nothing new for Mendoza Medical Clinic.

Lavelle, who worked for Dr. Roberto Mendoza for 18 years until he passed away one year ago, explained, “Dr. Mendoza practiced for 35 years. He was 70-years-old, but he’d still be practicing. He loved his patients. We are continuing with his legacy. He was a doctor for the people. He was not in it for the money. Instead, he treated his patients like they were family. We are going on three generations here. We are trying to keep that stability and the same pace. Of course, not all doctors are the same. Some things have to change–you hope not too drastically and that the right things aren’t changing.”

Retaining patients who have grown comfortable with their former pediatrician can be a major obstacle. “My patients are very headstrong. Sometimes they’ll be blunt and say, ‘That’s not what Dr. Mendoza gave me’, or ‘That’s not what he used to do.’ I had to let the physicians know that they were going to get some headstrong patients who will tell you, ‘I don’t like that medicine,’ or ‘He used to give me this medicine and it worked.’ You are still competing with that legacy,” said Lavelle.

Lavelle recalled in her case study that she had presented the idea of getting a Pediatrics EMR to Dr. Mendoza, “I knew we’d have to do EMR and it was ‘let’s just do it as soon as possible’ as opposed to waiting until the last minute. Dr. Mendoza was obviously a more experienced, and more old fashioned type of doctor in regards to using a Pediatrics EMR. I was looking for something that was going to be easy, simple, and not complicated. With pediatricians everything is pretty much on the simpler side, as opposed to a cardiologist, urologist, or an internal (medicine) doctor. I realize that those practices are a little more complicated. For those doctors, seeing a patient is not as simple as ‘one, two, three,’ as it is with pediatrics. The pediatric patients pretty much all have the same symptoms.”

After receiving mail and phone calls from a throng of software companies, Lavelle evaluated five systems and then did demos on three companies, including Medtron. “I really liked WRS. I went to Athena’s seminar two years ago. It looked a little bit too contrived for our practice. It looked like it was too much,”said Lavelle in her case study.

So what caused Lavelle to have an ah-ha moment while on the look-out for a Pediatrics EMR? “The only thing that is going to make or break you is how the program is officially set up and how it runs. One of the things I liked was the fact that WRS was simple. Because we are pediatricians, that’s what I was looking for. With pediatrics, you are dealing with children and it’s all acute care type of things. I was looking for something that was simple so that we can go in, check real quickly and the doctors were able to click, click, click and get it over and done with and move on to the next page or the next phase,” explained Lavelle.

Having a web based system was also on Lavelle’s Pediatrics EMR wish list. “WRS was easy for the doctors if they were home and they forgot something and wanted to write it, they could go ahead and do that.”

Billing woes can plague a practice, especially one that is located in a state that is faced with new regulations. Louisiana’s KIDMED, a preventive care program through Medicaid, required Lavelle to do billing on a KM3 form. “For over a year we were doing it by hand. In February 2012, we were able to incorporate KIDMED on the 1510 form. Now I can do all of my billing electronically. It’s much easier and much simpler. We go through WRS clearinghouse, which is Gateway, eliminating any major problems.”

If KIDMED weren’t enough, Lavelle also encountered a billing headache when Louisiana’s Medicaid transitioned to Bayou Health. “There were five different plans. I sent a ticket to WRS with the payer i.d., address, etc., and they forwarded that information to Gateway,” she asserted.

When new providers join an existing practice, getting acclimated to a new practice and getting up to speed with new software systems can be nerve wracking. “The doctors are new. They just came on board in August so they are getting the feel for WRS. They told me that they think WRS is simple. It makes them happy because it’s not time consuming. On a regular day we see between 30 and 40 patients. Each doctor might see up to 20 patients a day. There are times I only have two providers on staff. On Monday I have all three providers. We use the WRS Pediatrics EMR templates. When you do the customized drop box, we use pediatrics notes. The doctors feel comfortable with it, so we didn’t necessarily have to reprogram it to do our own templates. My new NP and my other doctors have a template for their assessment and plan. So every time you are diagnosing a child with the same diagnosis code, you already have a mini template of what your routine is. If a child comes in with URI, on the Assessment and Plan, my N.P. puts the diagnosis in as URI. She already customized what she wants the patients to do. ‘Take the medication until its duration, etc.’ Steps one, two and three. So anytime she clicks URI, all these steps come in and she discusses those with the parent.”

Lavelle explained that the fax queue is yet another capability that is allowing the providers and staff to forge ahead. “There’s no more paper, so everything gets faxed to the fax queue and from there we just attach it to the patient's chart. When you open the chart everything is in there,” she said.

Acknowledging in her case study that bringing new doctors on board has been an unexpected challenge, Lavelle said, “It was hard. They were following a physician that had been in practice for 35 years and it just happened that he had passed away; otherwise he would still be practicing. It was hard to follow his footsteps and then to get them to understand the philosophy of the clinic. For a year I was trying to find the right physicians, so I had different physicians coming in and some patients would still be loyal. I understand that these are children we are talking about, so you want to find that stability in your practice, in your office and in your physicians. It was hard to follow that and have physicians take a step back and go, ‘This is where we were, this is what’s happened, this is where I want to go.’ I really thought that with a simple program my doctors would be able to manage. As you find physicians, obviously your newer physicians are more acceptable to an EMR and they understand it more because it’s something that they have to do. You realize that by 2014 everyone has to go EMR regardless of whether you are prepared for it. I’m one of those people who’d rather start this early and get this over and done with. I realized that probably not a lot of practices would start implementing an EMR early. I didn’t want to do it when everybody would be doing it, because problems would arise all at once. I wanted to bite the bullet early.”

Lavelle’s decision appears to be paying off in more ways than one. She has already received the Meaningful Use incentive for year one.

At the End of the Day

While some people equate using an EMR with more leisure time for hobbies, family or community activities, you won’t find Lavelle taking advantage of this perk. When she’s home you’ll find Lavelle checking to make sure that the day’s work was accurate. “I like to go home and review charts just to make sure we are getting everything that we are supposed to be getting in the charts. I do use WRS EMR at home. I am able to access it because it is web based. You go home and you review that day’s chart and just make sure that everything that is in is supposed to be in there or if it’s missing something you are able right then and there to send an e-mail to the person and say, ‘Tomorrow don’t forget to add the results to this’ or ‘You have to do the vitals on this person.’ You catch something because you are reviewing it. Before, when it was paper charts you didn’t review as much. Now it’s easier to access and at the end of the day, if I do see 30 charts, it’s easier to review them on the computer to make sure that they are done as opposed to taking home 30 charts. You just can’t do that,” stated Lavelle.

When Lavelle reminisces about her discussion with Dr. Mendoza about getting a Pediatrics EMR and her decision to select WRS, it is clear that Lavelle always had Dr. Mendoza’s best interests at heart. “I was talking to him about EMR and telling him, ‘You know, It’s going to happen.’ We need to bite the bullet. We need to bite it early. I was with him long enough to where he trusted what I thought would be best for the clinic, best for him and what I thought would be best all around. At this point I am glad that I do have EMR and that it’s implemented and everything is hopefully going forward. When it (the mandate) definitely happens in 2014 I will think, ‘I’m over the hump part of implementing it.’”

Located right off the interstate, Mendoza Medical Clinic is in a busy area that has mostly single family homes, which means there are plenty of pediatric patients as well as pediatric practices. “At this point you’re hoping that the practice can only go forward. There is competition. There are Pediatrics practices a few miles down the road. We were never in it for the competitive reason. We are in it for the treatment we give the patients,” said Lavelle to conclude her case study.